An alarming number of “pandemic babies” who are not immune to respiratory viruses end up seriously ill in the intensive care unit.

Doctors have revealed that children born during the Covid-19 pandemic need intensive care ‘from encountering viruses they have not encountered before’, such as influenza, RSV and Covid.

Children were born and raised when there were no other viruses circulating in Australia, other than Covid-19.

“Over the past month or so, we’ve seen four times more hospitalizations with influenza in children than we have with Covid,” Dr Britton told the Daily Telegraph.

Pediatrician in infectious diseases, Dr Philip Britton, said analysis of ICU admissions across shows the children tested positive for influenza and Covid at the same time.

Dr Britton said five per cent of children with co-infections were admitted to the intensive care unit, a statistic he described as “extremely worrying”.

Nearly half of children have no pre-existing health conditions, with the rising number of admissions stressing the hospital system.

Some ‘Pandemic Children’ have chest, brain and heart infections caused by influenza, Covid and RSV.

RSV – respiratory syncytial virus – is a major cause of lung infection in children and can lead to pneumonia or bronchiolitis, which is especially dangerous in young infants.

Severe cases can kill infants and young children, whose delicate airways are not yet fully formed and who struggle to deal with infection.

Dr Britton told the Daily Telegraph: “Among that group who were previously healthy…it’s not just a chest infection, some of these children can be affected by influenza that affects the heart and brain.”

Some ‘Pandemic Children’ have chest, brain and heart infections caused by influenza, Covid and RSV.

An RSV warning was triggered three weeks ago when there were only 355 cases a week in NSW, but after three weeks it had jumped to 3,775 in a week.

About a fifth of these developed fatal bronchiolitis, with 40 percent of them ending up in hospital.

“There is a widespread, three-way outbreak going on,” he told Daily Mail Australia.

The opening of international borders saw the return of influenza and new strains of respiratory syncytial virus.

With Covid being put on top, these are three major viruses that will lead to hospitalizations. 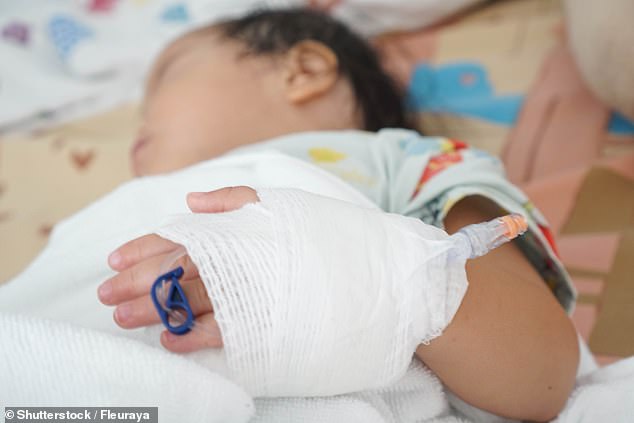 During Covid, RSV continued to spread and split into two separate strains in the east and west of the country following Western Australia’s prolonged isolation. 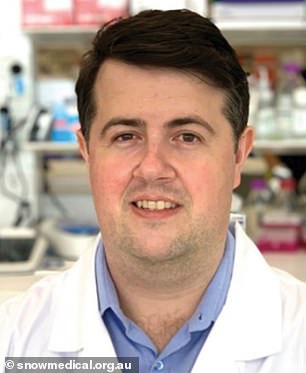 Researchers were shocked by the sudden rise in the disease in the first year of the closures, fueled by keeping childcare centers open despite Covid restrictions.

“It was something we hadn’t seen before,” said Dr. Eden. “Even in lockdown, there has been a lot of effort to keep childcare open.

“You only need a small amount of viruses to build a chain of transmission.”

The disease subsided in 2021, but has now recovered with the current outbreak.

Dr Eden believes cases in New South Wales have not yet reached their peak, but are now preparing for the disease to spread across the country.

The disease is expected to spread in the southern half of the country at similar levels in the coming weeks.

“What’s happening is where the outbreak is in NSW and we have all these people who travel to other states from there, and then it’s fueling the outbreak in other parts,” he said.

The disease subsided in 2021, but has now recovered with the current outbreak.

Here’s what you need to know about RSV

RSV is usually a winter disease, but the Covid lockdowns saw an unexpectedly massive increase in summer cases last year.

Symptoms include runny nose, cough, lack of lactation, and fever. Complications include wheezing and difficulty breathing, which can progress to pneumonia. 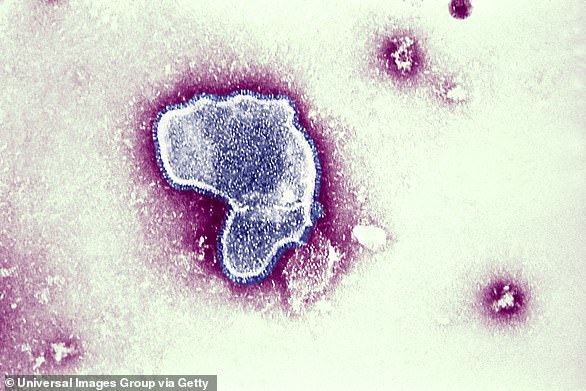 RSV – respiratory syncytial virus – is a major cause of lung infection in children and can lead to pneumonia or bronchiolitis, which is especially dangerous in young infants.

Like Covid, it can be transmitted by sneezing and coughing, but unlike Covid, young children are particularly affected by it.

Pediatrician Daniel Yeoh wrote in his article: “Most children will recover without the need for specialized hospital care, and children with mild infections can be treated at rest at home.” Conversation.

It is the leading cause of lung infection in children, usually causing bronchiolitis.

There is no vaccine against respiratory syncytial virus but several are under development.